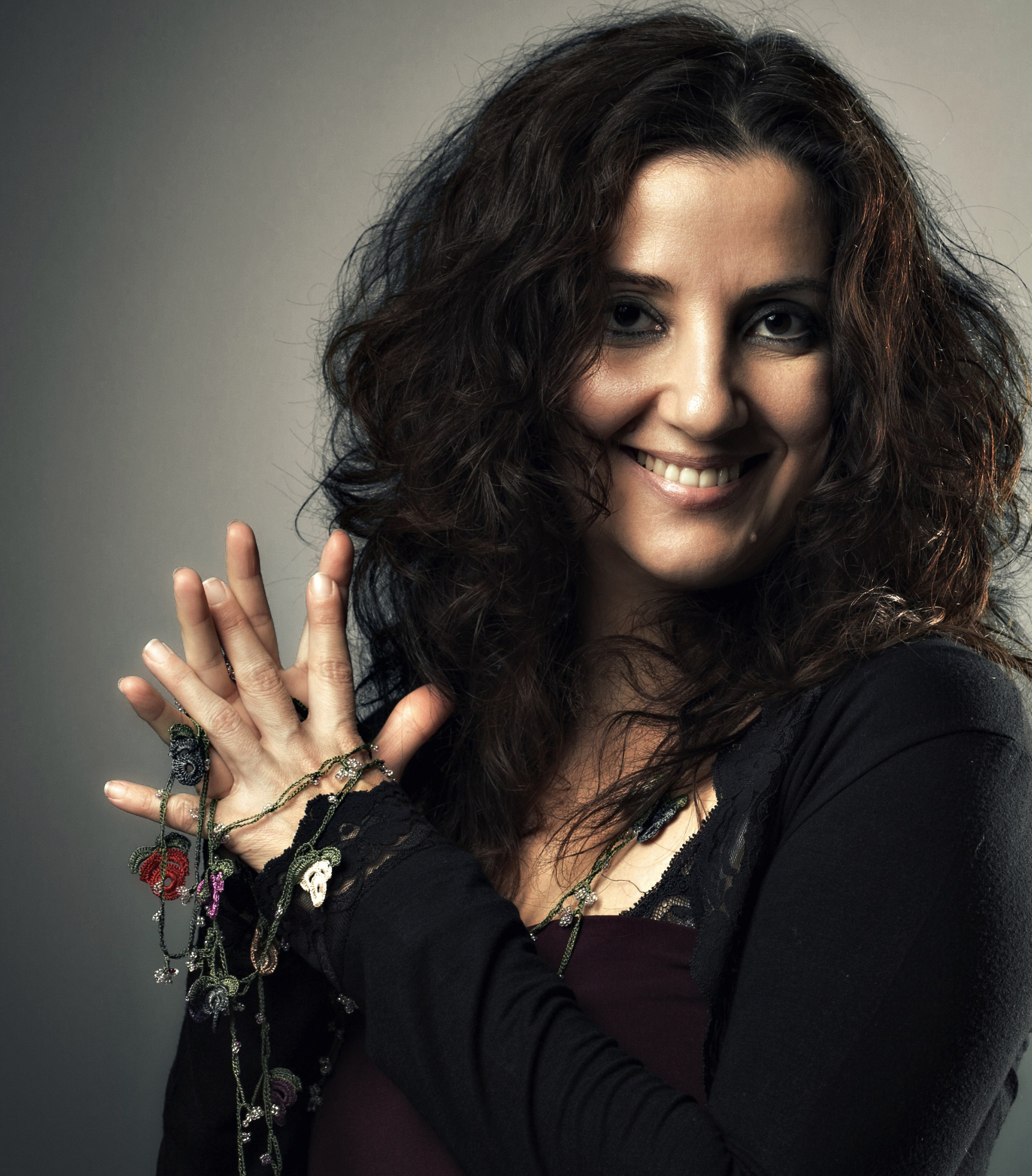 Katerina Papadopoulou is considered as one of the very few singers in Greece who still continue the art of the old masters of traditional singing. She has an exceptional fluency in moving between different vocal styles and combining them with her unique vocal and musical expression.

She has participated in several recordings of Greek traditional music as well as contemporary Greek music. In 2002 – after archive and personal research – she released “Ta tragoudakia mou poulo”, her first personal CD, includind old traditional songs from Asia Minor. The CD was voted from the music magazine “Echo & Artis” as the best CD of Greek traditional music for the year 2002. In May of 2007 she released the cd-single “San helidoni”(Cantini), singing three songs of Sokratis Sinopoulos.

In the autumn of 2008 she released “Amygdalaki tsakisa”(Music Corner), an LP with songs from different regions of Greece. In May 2010 together with Hristos Tsiamoulis and Sokratis Sinopoulos they released “Politiki zygia”(Legend), which was a live recording of a concert in Utreht in November 2008. In 2012 “Amygdalaki tsakisa” was published in the United States by the title “Drawing in an almond” ( Golden Horn Records).

In the international music field, she collaborates with Jordi Savall for the “Mare Nostrum”, The “Esperit des Balkans”,the “Pelerinages De l ‘Ame”, the “Orient, Occident”and the “Ibn Battuta” programmes, singing songs from Greece. The “Ibn Battuta” project was live recorded in Abu Dhabi. She also collaborated with the baroque group “L’ Arpeggiata” for the music project named “Mediterraneo” presenting old songs from the Mediterrenean Sea. “Mediterraneo” was published by “Virgin” in 2013.

She teaches Greek traditional singing and repertory at the Postgraduate Department of the National and Kapodistrian University of Athens and also The University of Macedonia, in Thessaloniki, Greece.

She is now working on a new project, called “The travels of Anastatica”, presenting Old Greek music, “travelling from space to space, era to era”.