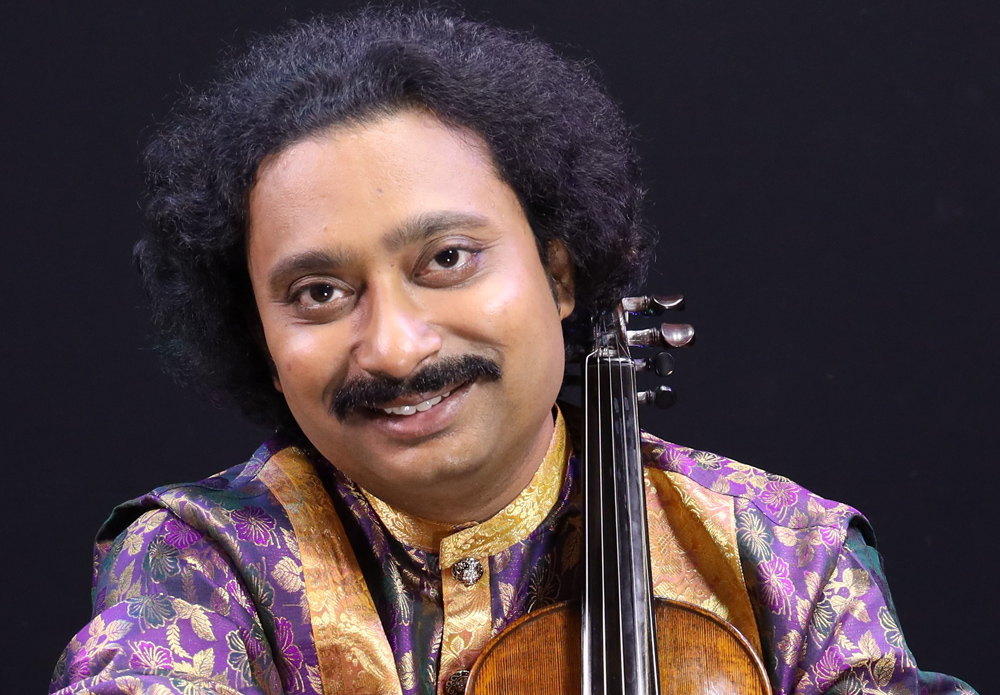 Indradeep Ghosh initially started playing violin at the young age of six under the guidance of Sri Anamitra Mustafi. He has been under the tutelage of Professor Smt. Sisirkana Dhar Chowdhury since 1991. He also had the privilege of getting training with different maestros of Indian Classical Music including Pandit V.G.Jog and Pandit Kumar Bose. He is gifted with a unique creative, musical ability, which can be seen in his performances. They can range from sweet and soothing to fascinating and thrilling, while showing excellent bow techniques and melodies.

Indradeep is one of the few Indian Classical violinists to play a custom made five-string violin with eight sympathetic strings, modeled after the Norwegian Hardanger fiddle. The sympathetic strings allow for a fuller, resonant sound. His performances integrate many different styles and techniques of Western Classical and Oriental music. His style of playing can be described as a blend of Gayki and Tantrakari Ang with his fortes being taan and jhala.

He holds many awards and achievements: Prince of Violin from Association of Alliance ClubI International,  Human Excellence Award from Cultural Book of Records India, “A” grade Artist of All India Radio and Television, 1st position in All India Radio Music competition in 1999, 1st position in Swar Prabhat Talent Search Contest, Recipient of National Scholarship from Dept. of Culture, Govt. of India in 2002, Recipient of Rajya Sangeet Academy Award,  An empaneled artiste of Indian Council for Cultural Relations (ICCR) and Eastern Zonal Cultural Centre (EZCC), Member of Regional Selection Committee CCRT Govt. of India