Labyrinth is perhaps more of a musical way of life than merely a Musical Workshop. It started on Crete in 1982 simply as a group of friends dedicated to the exploration of the various modal musical traditions from around the world and the possibilities for creative interaction within and between them.

At various times Labyrinth has included musicians from a very wide range of different ethnic backgrounds, each of whom brings to it the world from which he has come, through the medium of his own personal creativity. The members of Labyrinth do not necessarily share a common ideology or philosophy; rather they are united in a common spirit and, of course, love for music.

Ross Daly is the artistic director and founder of the workshop and since 2002 Labyrinth is located in the village of Houdetsi/Crete where seminars and “master-classes” featuring some of the foremost master-musicians of traditional music from all over the world are regularly organised. It serves, thus, as a meeting point for musicians and students and it is widely recognized as one of the leading forces world-wide with respect to education in the field of Modal & Traditional music in general.

Many of the world’s most remarkable and impor­tant traditions today are either in danger of extinction due to the political and commer­cial interests of the western world, or in a state of deterioration producing bizarre imi­tations that lack whatsoever dynamic crea­tivity.

The seminars and mas­ter-classes in Labyrinth do not only aim to help the students learn the necessary tech­nical and theoretical skills in each music but most importantly they urge the students to come closer to the spirit of the tradition they are studying, and even­tually enter in this world where musical language is just one of many other inter­twining elements. During the seminars, teachers and students are part of one big “parea”, company in Greek. Apart from the time spend in the classes teachers and stu­dents play music together, eat together, dis­cuss common interest matters, share sto­ries etc. All this experience leads not only in acquiring technical and repertory skills, but also approaching some -very often inac­cessible- traditions, which the teachers represent in a very pleasant atmosphere and with a very personal dimension. 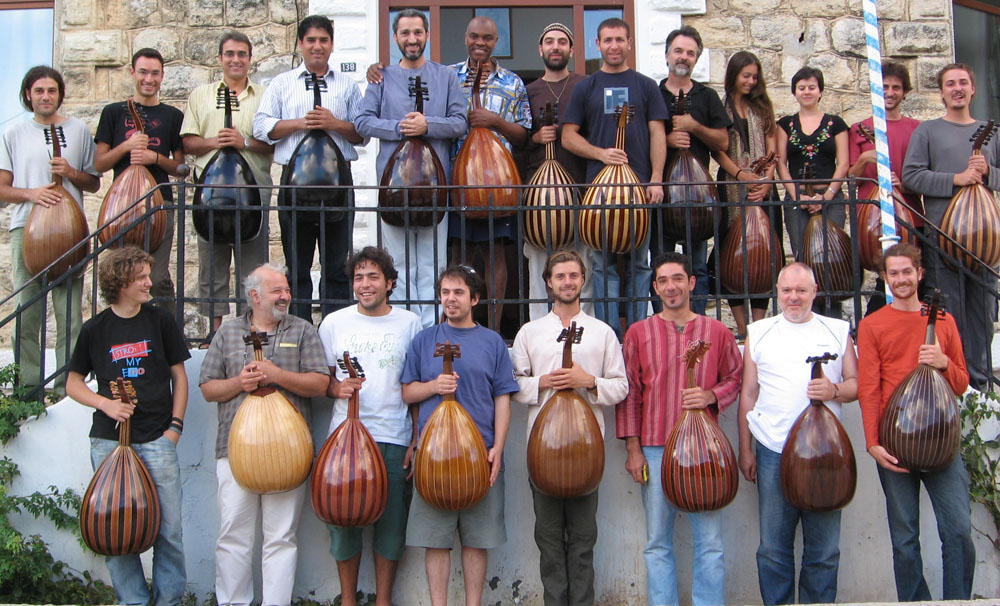 Labyrinth was awarded the European Citizen’s Prize for 2012. The Prize was launched by the Parliament in 2008 to recognize exceptional achievements by Europeans. The prize is given for activities that facilitate cross-border cooperation within the EU and promote better mutual understanding and closer integration between citizens and member states.